Time For The Truth About IsraeHell To Be Known !

Time To Tell The Truth About

Of The Mind Police

You have been programmed to see Hitler as the essence of

all that is evil. The first casualty of war is the truth, and to

the victor gos the spoils. Examine some facts and think

“WE MADE A MONSTER OF HITLER, A

DEVIL. THAT IS WHY (THEREFORE) WE

COULD NOT AFTER THE WAR SAY

WE HAD PERSONALLY MOBILISED THE

MASSES NEVERTHELESS AGAINST THE

DEVIL. THUS WE WERE FORCED AFTER

THE WAR, TO PLAY ALONG WITH THIS

WE COULD NOT POSSIBLY HAVE MADE

OUR PEOPLE CLEAR (TO THEM) THAT

THE WAR WAS ONLY AN ECONOMIC

http://www.rense.com/general84/baker.htm
Had Germany won WWII surely he
would be viewed of quite differently
today.
Now some of you are probably gasping in horror

about this post. That is your bias and brainwashing

kicking in. From an early age the state teaches you

what to think and detest all that does not go along
with their  politically correct “good think”.

I am trying to open your eyes and

teach you that not everything is what it
appears. Question everything and follow
nothing blindly. Now let’s look at some
people the state schools and media teach
kids  to worship. 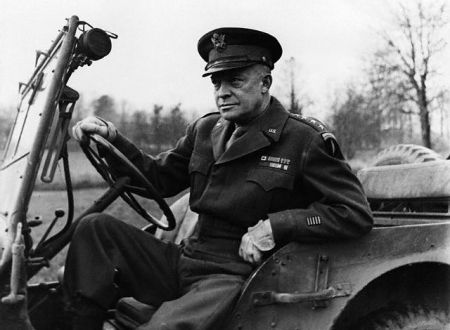 None ever hesitate to bring up the “Holocaust” in

their demonization of Hitler. But Allied leaders

were not exactly innocent valient heros. How

can we villify Hitler regarding a “Holocaust” that

results in imprisonment for those who research

it  and find otherwise. But coverup the post war

Eisenhower, in his personal letters, did not merely hate the Nazi
Regime, and the few who imposed its will down from the top, but
that HE HATED THE GERMAN PEOPLE AS A RACE. It was his
personal intent to destroy as many of them as he could, and
one way was to wipe out as many prisoners of war as possible.
The book, OTHER LOSSES, found its way into the hands of a Canadian
news reporter, Peter Worthington, of the OTTAWA SUN. He did his
own research through contacts he had in Canada, and reported in
his column on September 12,1989 the following, in part:
“…it is hard to escape the conclusion that Dwight Eisenhower was
a war criminal of epic proportions. His (DEF) policy killed more
Germans in peace than were killed in the European Theater.”

In ‘Eisenhower’s Death Camps’: A U.S.

In late March or early April 1945, I was sent to guard a POW camp

near Andernach along the Rhine. I had four years of high school

German, so I was able to talk to the prisoners, although this was

forbidden. Gradually, however, I was used as an interpreter and

asked to ferret out members of the S.S. (I found none.)

In Andernach about 50,000 prisoners of all ages were held in an

open field surrounded by barbed wire. The women were kept in a

separate enclosure that I did not see until later. The men I guarded

had no shelter and no blankets. Many had no coats. They slept in the

mud, wet and cold, with inadequate slit trenches for excrement. It

was a cold, wet spring, and their misery from exposure alone

When I threw this food over the barbed wire to the prisoners, I was

caught and threatened with imprisonment. I repeated the “offense,”

and one officer angrily threatened to shoot me. I assumed this was

down at a group of German civilian women with his .45 caliber

pistol. When I asked, “Why?,” he mumbled, “Target practice,” and

fired until his pistol was empty. I saw the women running for

cover, but, at that distance, couldn’t tell if any had been hit.

These prisoners, I found out, were mostly farmers and workingmen,

as simple and ignorant as many of our own troops. As time went on,

more of them lapsed into a zombie-like state of listlessness, while

others tried to escape in a demented or suicidal fashion, running

through open fields in broad daylight towards the Rhine to quench

their thirst. They were mowed down. 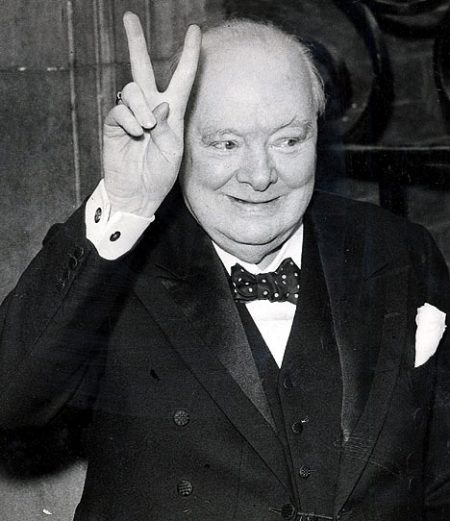 Was Churchill a “Holocaust Denier”?

Churchill condoned the Soviet rape squads sent into Germany
at the wars end and helped Stalin hide the Soviet Katyn Forest
murders, like Stalin, blaming the Germans for the crime.
The papers reveal that Churchill joked about the huge
bombing raids ondefenceless German dormitory towns.

Sir Anthony Blunt said that as the war was closing, Churchill

did not want to feed or house large numbers of German

refugees, and preferred them burnt  in their homes.

Also mentioned is Churchill’s wish to murder Ghandi, who
was against the violence of the war.
Strangely, in view of the current depiction of the Holocaust
by Hollywood, the papers make no mention of the plight of
the Jewish people held by Germany.

To the victors of war go the spoils. Communism

and Zionism were the big political winners

of WWII. So their “truths”are accepted as

“facts”.  The ” Holocaust” and the Soviet

Union as liberators are two of the most

blatant lies to emerge from WWII. Had

the “Holocaust” really happened as it

is said, then why the imprisonement

of questioners ? Truth does not fear

investigation, unless it is built upon

lies. And the “Holocaust” is the foundation

in which Israel was founded. So no

questioning can be allowed ! 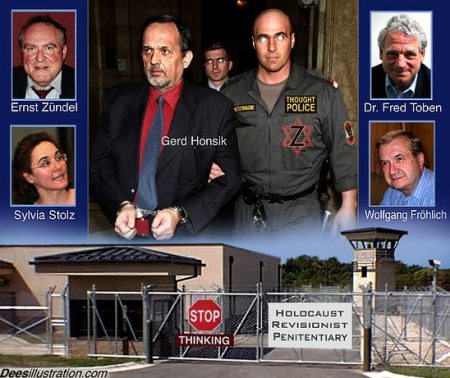 Why is it that people have sympathies for Communists

who killed over 100 million, while condeming Germany

Why is it that some deaths are viewed as tragic

and others just irrelevent statistics ?

How can Hitler be condemned as the essence of

evil, when the Allies were far from innocent ?

There is no simple minded world of ultimate good

guys and the essence of evil bad guys. No matter how

much the babbling propagandist tries to convince

you. Question everything they tell you.